First volume of works for piano solo by Friedrich Kuhlau out now on Dacapo Records.

Review in Danish newspaper Politiken on May 12th by Thomas Michelsen. (Excerpts in English below). 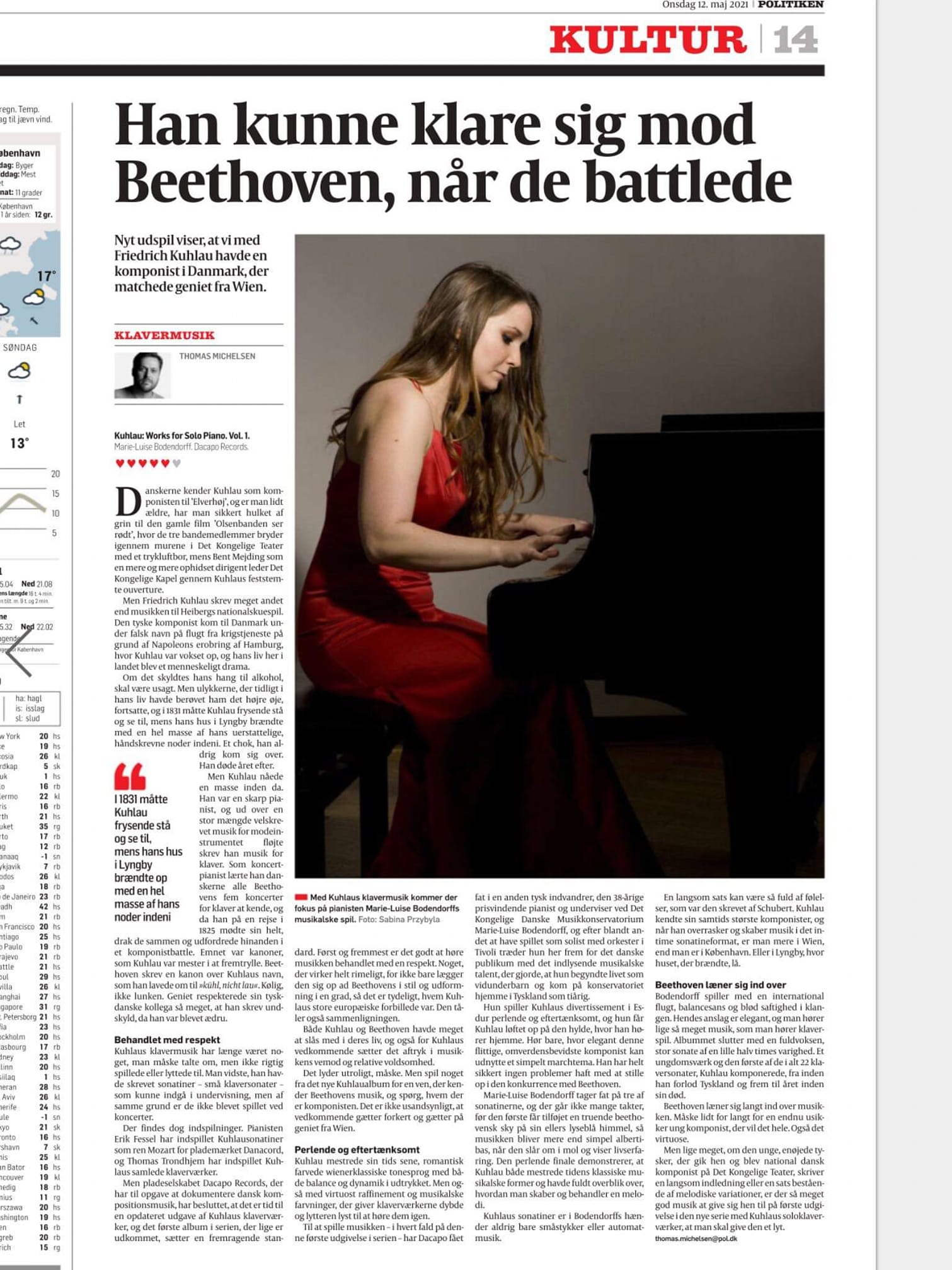 “Dacapo Records have decided that it is time for an updated edition of Kuhlau’s works for piano, and the newly released first album in the series sets an exceptionally high standard.

To play the music Dacapo has found another German immigrant, the 38-year-old award winning pianist and teacher at the Royal Danish Academy of Music, Marie-Luise Bodendorff, who after having performed as a soloist with orchestra in the Tivoli Concert Hall here emerges to Danish music lovers as the abundantly talented Wunderkind, who entered the academy in Germany at the age of ten.

She plays Kuhlau’s E-flat major Divertissement effervescently and thoughtfully, putting Kuhlau on the shelf where he belongs. Just listen to the way this prolific, worldly-wise composer exploits a simple march theme.

Marie-Luise Bodendorff gets to grips with three of the sonatinas, and after just a few bars the first has a threatening Beethovenian cloud added to its otherwise bright blue sky. In Bodendorff’s hands, the Sonatinas of Kuhlau are more than just little pieces or exercises.

Bodendorff plays with an international verve, sense of balance and soft ripeness in her tone. Her touch is elegant, and you will hear music as much as you will hear piano playing.”